How to Solve Mining Water Issues?

In the COVID-19 era, morning coffee is served over Zoom, but that doesn’t dampen the mood with Janne Kauppi. He has a 30-year history of working with mining technology in various companies. For the past seven years, he has led the ideation group at Metso Outotec, the world’s eighth most responsible company, according to Corporate Knights*.

“I would guess that our topics today are going to be tailings and water,” says professor Antti Häkkinen, who has made a long career at LUT University as a researcher in separation technology and research team leader. Tailings and water are also the central themes of his research.

“Yes, water and tailings should be considered as a one,” says Kauppi. “I think it is a positive trend that tailings from mines are being dry stacked and not stored in large tailings ponds” Häkkinen agrees: “There are frightful examples around the world of the devastation that tailings dams cause to the environment.”

Finland has plenty of water and the emission limits of the Regional State Administrative Agency are quite permissive. In Sweden, on the other hand, the limit values for emissions are so strict that it is occasionally impossible to even measure them with modern technology. That is not a workable solution either. According to Kauppi, there should be limits for all substances discharged into water, not just for the mine’s main products, such as nickel or cobalt. Häkkinen points out that the Finnish limit values for by-products are up to a hundred times higher than in Sweden. For example, no attention is paid to sulphate if the limits for emissions of the main products are not exceeded.

No waste water is generated in mining circular economy

Metso Outotec has been involved in many research projects regarding mining water. Finally, there is a method to minimise the amount of mining waste water. The technology has been known for a long time, but only now do we understand how important water quality is for the process. “The importance of water quality was a surprising result in our research. As far as I know, Metso Outotec is the only company that offers this technology. Today, we only require one fifth of the raw water that we used to need,” says Kauppi enthusiastically. The combination of mining water and tailings usually works so that tailings are dry stacked and the water recovery method used for tailings is improved. We need to change the water quality in order to improve process results and profitability. “Water recovery, meaning closed water circulation and dry stacking of the tailings together form a solution to the biggest environmental challenges related to mining operations,” says Janne Kauppi.

“Janne, what do you think about the dust emissions related to dry stacking”, asks Antti Häkkinen. “There have been concerns about the issue in residential areas near mines.” “The dust issue can already be dealt with,” Kauppi says. The sand piles can be cured with ordinary chemicals. Geopolymers can also be produced from the mine’s own tailings to prevent dusting and run-off from the areas that contain tailings. Kauppi recalls how, years ago, when investigating whether old tailings could be used as secondary raw material sources, it was discovered that the metals in the tailings piles had dissolved into the groundwater. Gold, platinum and palladium do not dissolve, and they are now being rapidly recovered from hundred-year-old tailings piles in South Africa. Cobalt is one example of a metal that could be a recoverable metal in Finland.

Kauppi says it is possible to eliminate the greatest environmental challenges that mines face. He also knows what is slowing down the introduction of the method. “Traditionally, the mining industry has made a one-off investment, and then just waited to get the expected returns. Transitioning to the new method would initially require a large additional investment, to which the industry is not accustomed. However, calculations show that it would only take five years to start seeing a return on the investment,” says Kauppi.

“Of course, technologies for a cleaner mining industry have been known for long, but often financial questions have posed challenges. The technologies have been too expensive to use,” Antti Häkkinen points out.  “I don’t think it’s quite as straightforward. What works in a laboratory doesn’t necessarily work in large-scale production. Today, we also have a very economically viable solution to mines’ water and waste challenges.  That can act as inspiration for further exploration,” says Kauppi. “In other words, laboratory results create pressure on the industry,” says Häkkinen, in conclusion.

A new mining act is currently being drawn up in Finland. Many improvements are expected when replacing the old law, which has been criticised as weak. However, Kauppi thinks that the most important development target is elsewhere. “I would prefer to talk about the level of competence, which laws cannot define. In my opinion, more expertise is needed among the people who make decisions regarding permits.” Kauppi suspects that environmental permits are stuck in the past. Chemistry analytics have evolved tremendously in the past 50 years. Environmental control is no longer a financial issue. Finland needs a centralised group of experts to provide support for the Regional State Administrative Agencies. Not implementing changes will result in issues, but there are new technologies that enable making mining less environmentally damaging.

There are no more cheap holes

Traditionally, the mining industry has been cautious in making changes. Kauppi understands this, as you cannot fail when investing billions. Therefore, the industry prefers to use familiar and practically tested methods. In addition, all mines are different and the processes cannot be reproduced in the same way as they are used in the forest and cellulose industries, for example. Nonetheless, times have changed.  Ore concentrations have decreased, which means increased flows of tailings and waste. The concentrations of copper have fallen so low that the amount of tailings has doubled. The ore concentration falling from 0.5% to 0.3%, means that five times more water will be needed in the future and the tailings areas will become five times larger. This increases the costs and is not energy efficient.  The need for environmental protections has also increased. Practices that were considered good in their own era, do not meet today’s requirements. Mining companies will have to adapt their practices to the times.

There are nearly 30 different citizens’ movements in Finland that oppose opening new mines in their own areas. At the same time, the state is investing heavily in the mining industry. Janne Kauppi – what greetings do you have for the mining industry and the citizen’s movements opposed to mines?

“To the mining companies I would say that there are no more cheap holes. Innovative technologies exist and they are being researched all the time. Until now, we have only seen the explosive beginning of a new era. To the citizens’ movements, on the other hand, I would like to remind that technological change is an underestimated possibility. Technology choices can be used to ensure that mining does not interfere with anyone. In the end, mining areas account for a negligibly small part of Finland’s surface area.”

During the morning coffee session, Janne Kauppi, Senior Manager of the Metso Outotec Ideation Programme, met with Professor Antti Häkkinen from LUT University, who has also acted as the Research Lead for the Xplorer Network. The author, Jaana Ryynänen is a project manager and coordinator of international collaboration activities for the Xplorer network.

What thoughts did this text evoke? Comment on social media #xplorerfi or mail us at xplorer@lut.fi 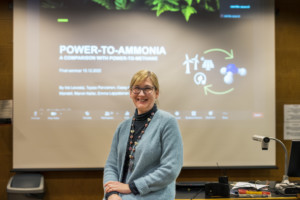 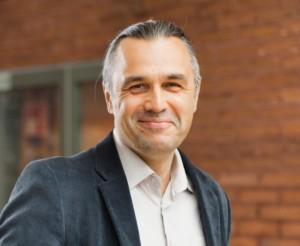 From Tailings to Future Products